WoW 10.0: Rumors and Everything We Know About Dragonflight 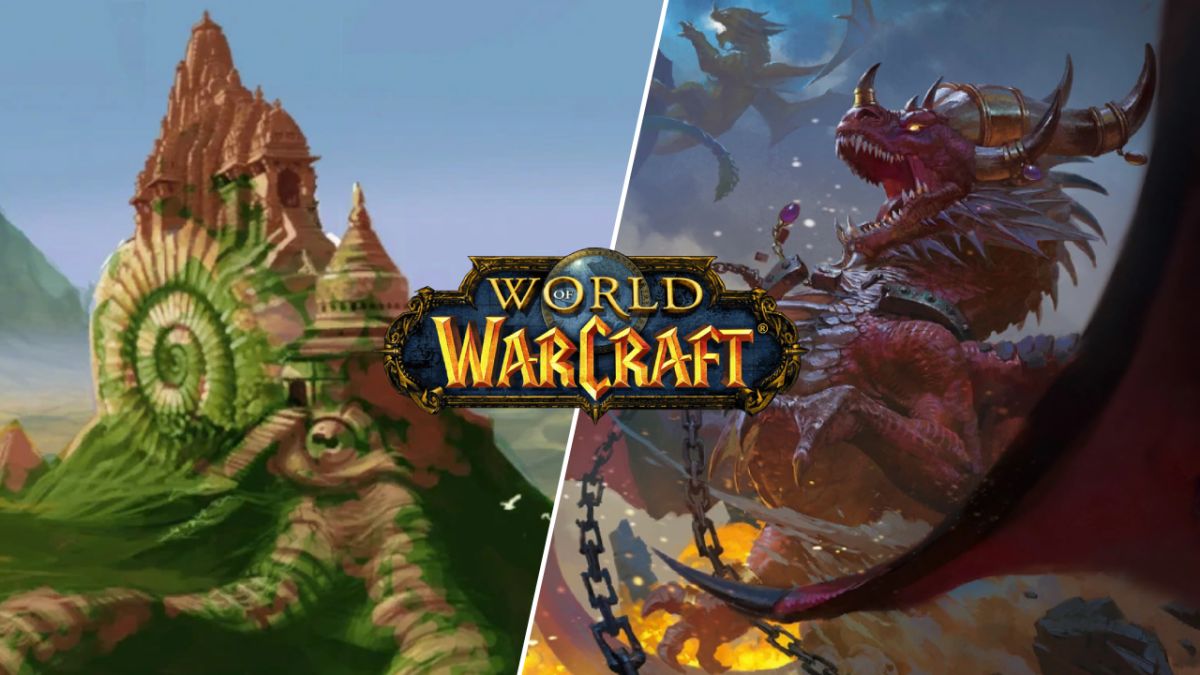 WoW 10.0: Rumors and Everything We Know About Dragonflight

World of Warcraft has been running smoothly for 18 years and is about to receive its ninth expansion with WoW 10.0. There were no official announcements, but the community rumbled with fun theories about what might be in store for Warcraft’s future.

World of Warcraft 10.0 Revealed will go live on April 19 at 9am PST / 12pm EST. You can tune into YouTube, Twitch, or follow our handy guide to get live updates when the show starts.

So without further ado, here’s everything we know about World of Warcraft 10.0 ahead of next week’s huge presentation.

World of Warcraft 10.0 has not received a release date. But ever since Wrath of the Lich King, Blizzard has stuck to a strict release schedule, so we expect it to launch this year.

After the launch of Zereth Mortis and Sepulcher of the First Ones, as well as the story that tells the end of the Jailer, the future of World of Warcraft is up in the air. Theories have been circulating online about what 10.0 might produce, but otherwise nothing is confirmed.

We know that World of Warcraft will receive its cross-faction update in 9.2.5. This will finally give Horde and Alliance a method of partying together and raiding or dungeoning, if admittedly a little limited. This will come in handy, because the other day a friend and I tried to run the Uldir raid in Battle for Azeroth, but we couldn’t deal with an annoying bug. Instead, we had to enlist another friend to help us out, but they mostly played Alliance and didn’t have a Horde character at max level.

With this interfaction update, we can party with their Alliance character and absolutely destroy Mythrax. Alternatively, it wouldn’t have been a problem if Blizzard had fixed the bug that caused his mind control orbs to not work properly, but that’ll probably never happen considering this is a four-year-old raid.

Rumors of World of Warcraft 10.0 Dragonflight

Theories are circulating online suggesting that World of Warcraft 10.0 will revolve around the Dragon Isles, a long-running canceled piece of content that was originally planned as part of the game’s original release in 2004. Fans have been waiting to hear about the Dragon . Islands for a long time, so it would be exciting to have the chance to explore a place we’ve wondered about for years.

After all, so far we’ve seen developer interviews referencing the canceled Dragon Isles raid and concept art by Carlo Arellano. And since these islands received their first canonical in-game reference during the Battle for Azeroth expansion, it seems reasonable to assume that Blizzard plans to introduce them at some point.

The only surviving physical evidence of the Dragon Islands is in the 2004 World of Warcraft beta, in a tester space called Designer Island are designs that resemble concept art from the area.

These giant structures that rest on what looks like a snail’s shell are the main features of what were once the Dragon Islands. The massive temple at its peak looks a lot like concept art, and we can assume it would be some sort of sandstone structure.

In the concept art, we can see that this thing isn’t just a massive shell, but it’s also attached to some kind of huge octopus turned to stone. This isn’t too surprising, as lore suggests that the Dragon Isles have many temples worshiping old gods, which are pretty much all Lovecraftian monstrosities. We have no idea if the Dragon Isles will return with a similar design, but we can only hope to see this exciting vision finally come to life.

Personally, I’m pretty tired of the Shadowlands story arc and what it means for lore. Don’t get me wrong, I really enjoyed the base game and its zone storylines, but the patched content was largely disappointing in failing to develop character arcs and delving deep into the implications of the newly revealed. As a result, I’m more than ready to return to Azeroth and explore a picturesque island full of dragons!

Considering this next expansion will bring the 10th version of World of Warcraft, it seems too many to just place a new island and call it a day. And at the end of the 10.0 lifespan, players who have stuck around since day one will be approaching their 20th year in the game. These are pretty big milestones, and I like to imagine how Blizzard will celebrate.

It may be overly optimistic, but much of Azeroth needs reworking. The Vanilla and The Burning Crusade areas of the game on Azeroth are masterpieces of world design, but they’re also between 15 and 18 years old. New players are largely discouraged from exploring the majority of this world, which seems counter-intuitive, since this is where our characters fight for.

Having a new expansion recreating Azeroth in a way that appeals to modern sensibilities, like Blizzard creating a new game in the Warcraft universe from scratch, could bring players to life. Perhaps we would no longer need to encourage players to go through a didactic island homogenized and detached from the rest of the world.

Of course, this only really works because Vanilla and The Burning Crusade zones have been immortalized throughout World of Warcraft Classic. Players who desperately want to get back to the good old days will still have the option to do so, but it’s time this game became friendlier to new players.

World of Warcraft hides its oldest content through obscure menus and forces the player on the way to the latest expansion. But if the base game were reworked with new quests, resources, textures, and entirely new environmental concepts, the game could feel as free-roaming as it did in 2004. I’ll never stop loving how it looks the original Azeroth, but imagine how breathtaking it would be to explore a modern version.

However, it’s a huge task and probably something Blizzard can’t accomplish in just two years, so I’m not necessarily expecting it. I just hope we finally have something huge to hold on to.