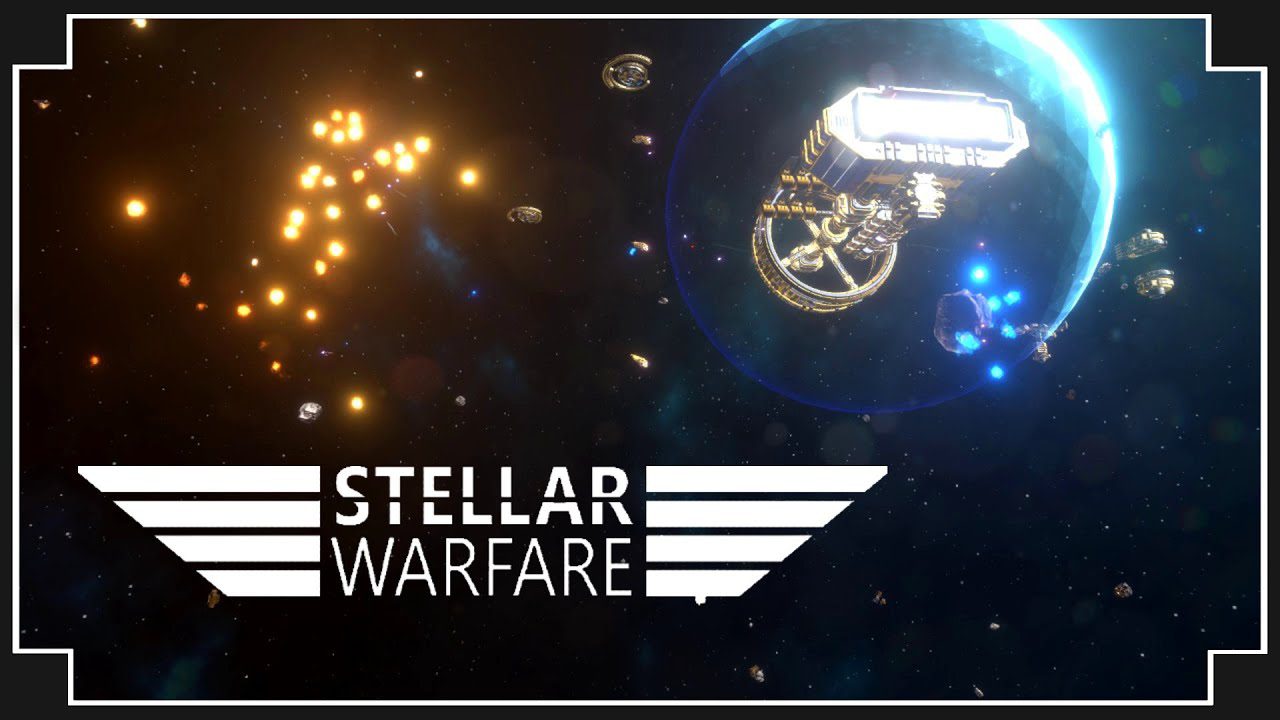 Building the terrain for a strategy game is difficult when it takes place in space. Navigating a 3D world using only your mouse can be difficult, and strategy games tend to ask us more; we have to manage armies and micromanage units or buildings. In most strategy games we play in a 2D environment, or at least we don’t build on the Z axis. Space tactics are different, however, and this is the most interesting aspect of Stellar. Warfare.

A strategy game that takes place in space, Stellar Warfare tries a lot to create a playable 3D playground full of meteors, wrecks, huge spaceships with blaster cannons and intricate metal bases hovering overhead. of a distant sun. He really does his best, but unfortunately most of the time he fails. Look, I know this is a tough business, and I really wanted this game to be successful, but it’s not.

First of all, Stellar Warfare looks good, its presentation is correct for a game of this caliber, but big problems arise. Well, there is too much going on! We see stars, space objects, floating objects, spaceships, planets and really everything to expect to see in space. Nothing looks bad, everything is fixable, but it also gets way too confusing to play. Sometimes you can’t see where your ships are, it is very difficult to distinguish between different types of spaceships or structures, and the path finding suffers a lot because of the 3D environment.

The graphical presentation is really adequate, everything looks good in an independent way, the ships are detailed enough, the brightly colored battles are fun and it is nice to zoom in and out of the battlefield to watch the huge extent of spaces. The problem is mostly mechanical to be honest. You see, you can fly over the available space, you can rotate the camera however you want, but the way these actions are performed is unnecessarily complex and not very intuitive. In the opening hours, you surely forget how to handle the stage space, and the game doesn’t help you much. Additionally, when assets are placed in close proximity, the prospect can become very confusing. There’s no clear view to help you understand exactly how the structures are placed, and turning the camera rarely makes it easier.

Of course, the developers tried to fix all of these issues, they did, but unfortunately they were not successful. You can move the camera, you can zoom in on particular units, you can follow them, you can move up and down on the Z axis and in general there are a lot of options. However, the UI doesn’t help at all, and the tutorial doesn’t really explain the ins and outs of the gameplay. After completing the training mission, you will not yet know how to perform most of the actions and you will only have to read the manual which is in the options menu. The fonts, the colors, the size of the letters and the icons, everything is just less.

It doesn’t help that we have to look at a fairly large space and manage a fleet of small vessels that can get lost very easily. There should be more options for grouping, searching, and controlling individual units, so that the large 3D space can be easily navigated. As it stands, well, that’s frustrating most of the time, and it has a big effect on how much fun Stellar Effect could provide.

Basically, it’s a simple game. You build a few structures, collect resources (mostly an automated process, no micromanagement needed), create a fleet, and attack enemy outposts. There are different modes, familiar, like wave defense, skirmish, single player or multiplayer. It goes without saying that you’ll have a hard time finding other people to play with, so it’s best to stay with friends or go it alone. The gameplay can be fun, and trying to outsmart the enemy fleet to win a fight can be rewarding, if only for a few hours.

The countryside, too, is disappointing. There is a story implied, about something to do with a light that destroyed civilization, and that could be an interesting sci-fi backdrop. The presentation, however, does not delve into the narrative. We’re given very simple goals with no real background, and it’s really about fighting enemies and breaking space blockades. It’s obvious here that it’s not meant to be a big, completely complex strategy game, but a simpler, wave-based game. And it’s good !

Overall, Stellar Warfare is built on some cool ideas and has some fun aspects to it. What it needs is a more comprehensive tutorial, some adjustments to the controls, and a more engaging campaign. It’s not the space strategy game you expected, but it can be fun if you know what to expect. It’s a small game, ambitious but made by one person, and in early access. it does not receive updates, so it is intended to improve over time.