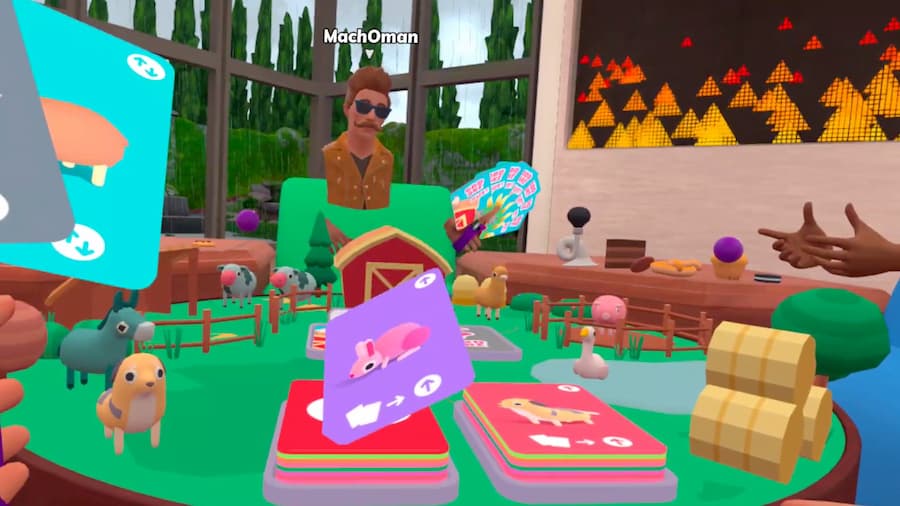 Want to play a board or card game without exposing yourself to the current health crisis? VR board game app Neverboard could be just the thing.

That’s not to say coronavirus is the only reason to gamble Neverboard, which is coming to the Oculus Quest later this year. But, after groping with table simulatorwhich also supports virtual reality, we are intrigued by the premise of this Quest title.

Which makes Neverboard interesting, other than its title being a terrible, terrible pun is that it’s a slightly lighter and dumber version of the remote board game than Tabletop simulator. It comes with Crazy 8s, a card game, as standard (with additional card and board games available for purchase later), but also features nightly board game trappings such as pizza, virtual well sure.

Even better, developers Evernever Games will let Neverboard the players (it supports between 2 and 4) bombard each other with tomatoes which, in theory, should diffuse arguments. In practice, however, we hope there will be a limit to the number of throws, otherwise there will be very red faces.

Neverboard doesn’t have a specific release date but it will be coming to Oculus Quest (and will also be playable on Quest 2) this fall. You can list it on the Oculus store right now.