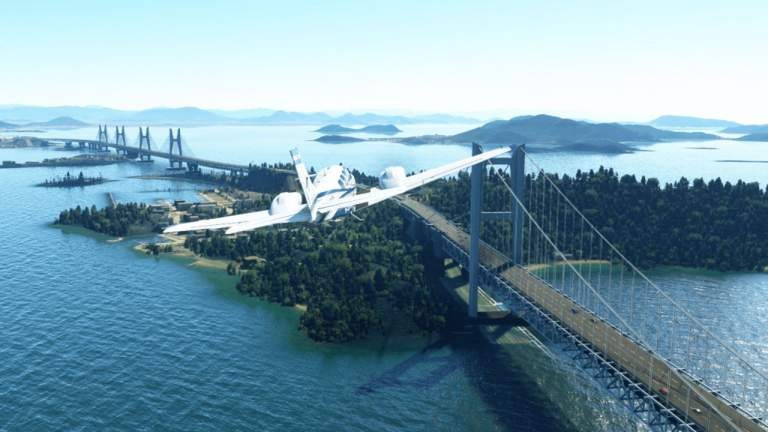 One of the biggest complaints with modern games today is the massive size of downloads required. Take the new Microsoft Flight Simulator, for example. The game’s initial download was 170 gigabytes. Even on a fast internet connection, a download of this size would take a long time. Consider that much of the United States has “broadband” speeds that aren’t considered high-speed in many parts of the world, and massive downloads are a significant inconvenience for gamers.

Microsoft knows that a massive download isn’t ideal and has released a new patch for Flight Simulator that reduces the game’s initial full download from 170 gigabytes to 83 gigabytes. The new patch is 1.16.20.0, also known as SIM Update 4. Microsoft says the team made optimizations to the game’s initial download to reduce its size. While a reduction of tens of gigabytes is certainly welcome, an 86 gigabyte download is still a large file.

The game’s official online specs state that you need 150 gigabytes of hard drive space for installation. The game’s Microsoft Store page says it’s 127.01 gigabytes. Microsoft Flight Simulator has been around for months now and offers a wealth of gaming content.

The game has been praised for its photorealistic graphics that let you see individual buildings on the ground in many areas. Airports are also incredibly detailed down to the signage marking the taxiways. The game is one of the most technologically advanced titles out there, and fans are hoping that Microsoft will have some new announcements to reveal during E3. With the new update, fans with slower connections will be less frustrated when getting ready to play.