Criticism of the Tales of Luminaria | Pocket player 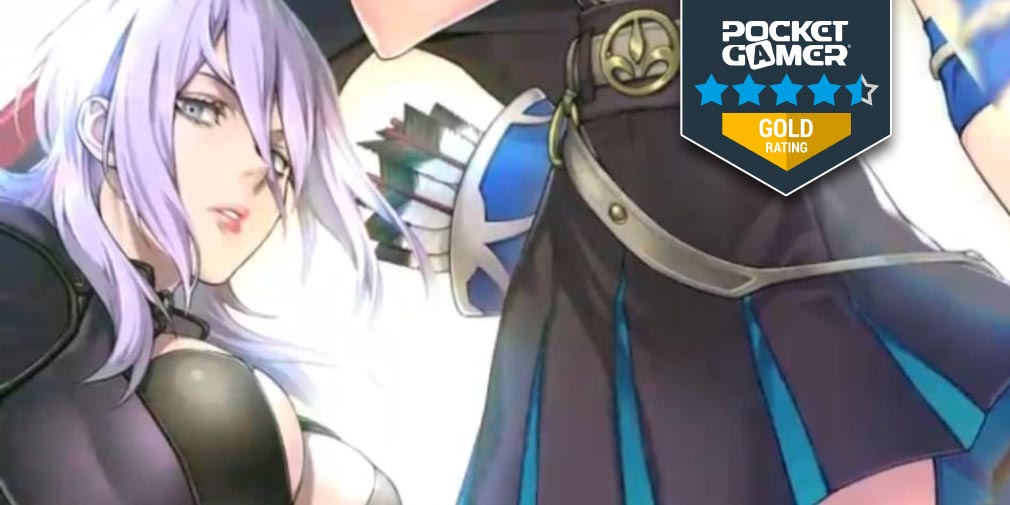 Criticism of the Tales of Luminaria | Pocket player

Because the idea of â€‹â€‹twenty-one character tales intertwining into one seemed so compelling to me, I immediately wanted to get my hands on the latest installment in the Tales franchise. I keep all thoughts of Tales of Destiny close to my heart, so when the whispers of Tales of Luminaria started to weave their way through the vineyard, I knew I had to have it. The question is, now that it’s here, is it really worth all the hype?

The answer, in a nutshell, is a resounding “yes” in my opinion, and here’s why.

The history of Tales of Luminaria

Bandai Namco’s valiant attempt to break the mold is pretty obvious with its ambitious twenty-one character storyline lineup, making Tales of Luminaria stand out with that aspect alone. Character episodes are released weekly, and although you start with Episode 1 of Leo, you will eventually have the option of choosing which character story you want to dive into next.

Since the game has just been released, not all of the first episodes have been released yet, and at this point it is still too early to tell what the story of the game is about. For now, it all starts with a war. ongoing between Empire and Federation, and the characters you play as will give you an intriguing behind-the-scenes look at their unique perspectives on warfare.

The game, however, ends each episode with a cliffhanger, hinting at bigger and more complicated things to come – something I’ve always loved about JRPGs in general. Each episode also begins and ends with a very lively opening and ending sequence, accompanied by upbeat J-pop music and an appropriate “Next on Tales of Luminaria” epilogue. This, for me, is another to add to the game’s very unique approach to the genre, which is an absolute joy to see.

Now I’m well aware of the controversial and controversial nature of the game, with its negative comments from angry fans right after launch. I wanted to make sure I took the time to get into the game deep enough to see for myself, and while I enjoyed playing it, the controls are really quite wobbly.

The biggest problem gamers have had with the game is its portrait orientation. With the developers’ decision to forgo the typical landscape mode, the option of moving the camera had to be sacrificed – and that’s an expensive sacrifice, too. Navigating the lush, vibrant surroundings with a stationary camera makes it difficult to see things that are not directly in front of you – in particular, it is simply impossible to see where you are going as you move horizontally.

The developers actually explained the logic behind this, in that they wanted to keep it simple with one-handed controls. The items and paths that you can walk horizontally are meant to be optional secret paths, so if you’re not a completion all you need to do is focus on the path in front of you and you’re golden.

The point is, while I appreciate the attempt to keep things casual, having the camera automatically lock onto what’s in front of the character could have been a simple fix to the problem. But again, I’m not a developer, so I have no idea how complex this kind of work is.

Nonetheless, wobbly navigation aside, I find the one-button controls quite refreshing, which I imagine would be doubly enjoyable if the game is played on a real mobile phone (I played it on my tablet, this which made one-handed controls a little more difficult to manage). You can also customize the button positions for moving and attacking – I would just like you to also be able to freely slide your thumb across the screen as you move instead of having the directional buttons set in the middle of the screen.

When it comes to real-time battles, engaging enemies in the field is an exhilarating affair. You’ll travel through beautiful environments and face your enemies head-on as you encounter them in the wild, filling your energy bar to unleash powerful Artes as you go. Each character has their own unique fighting styles, but you can equip them with the same foods you cook from the main menu (yes, cook!).

You can also equip characters with weapons and cosmetics that you shoot from gacha – something that might not be everyone’s cup of tea. Typically, many players expect to mark characters in a game’s summon pool, but since characters are freely playable as their episodes unlock each week, the gacha is limited to equipment and weapons.

Still, I find that kind of mechanic takes away the temptation to spend, which makes this game very F2P friendly. You can erase episodes with ease without having to scale a huge paywall – at least, for episodes available at launch.

Speaking of episodes, the very first one that will be available as soon as you start the game is Leo Forcade’s, which while meant to be a tutorial, doesn’t really inspire confidence in the game from the get-go. I found the Leo episode far too dragging and repetitive – halfway through, I already wanted anyone or anything else to play instead. Leo’s story gets interesting by the time the episode ends – there’s obviously more depth to his story than it looks – but the problem is, it takes too long to get there, and not everyone will be patient enough to wait until the other character episodes are unlocked.

Once you get past the Leo episode, you’ll have access to other, more interesting characters to tinker with. In particular, I liked the August Wallenstein story the most, which I certainly won’t spoil here. On the flip side, Alexandra von Sonne’s combat chapters were an absolute thrill – every battle reminded me so much of the adrenaline rush of Dynasty Warriors games, with knockout counting and watchtower dismantling for conquer the strong enemies.

Of course, the battles and cutscenes are never as good as the visuals, which are mind blowing. The dialogue is fully voiced – and correctly executed, I might add – not just for the cutscenes, but during actual exploration.

As you pass fields and walk through pristine lab hallways, the characters in your party will keep the conversation going throughout, whether they are just exchanging silly bites to aid character development or talking about deep stuff. and personal that have an impact in the story. Music is also a welcome companion in the background apart from the chatter. All of these aesthetics definitely make remade chapters (costumes you shoot will only be visible in completed chapters) and participating in multiplayer battles more engaging.

The main menu – inspired by a real mobile phone with apps and stuff – is sleek, stylish, and totally different from anything I’ve seen before. It can feel crowded at times, but I actually appreciate Tales of Luminaria for trying to do something new here, although a change as drastic as this will likely meet a lot of resistance from other players.

The thing about Tales of Luminaria is that it tries to create so many new things at once, and it can be quite overwhelming for players whether they’re new to the franchise or not. It doesn’t sound much like a Tales game, but to be honest, I don’t mind. I’d much rather play a game that tries to do something different than a game that basically uses a redesigned template. That’s just me, though – playing too many games on a daily basis makes me favor the ones that stand out from a sea of â€‹â€‹cookie-cutter mobile RPGs.

Another thing I love about the game is its intriguing storyline – however, it’s a little disappointing having to wait a full week for the next bite-sized installment to arrive. While waiting, it just doesn’t feel like there’s enough content to keep me busy until the new episodes drop, and something like that could move a player to other titles and forget to come back to the game the following week.