Calling learners to hone their math skills through a game app 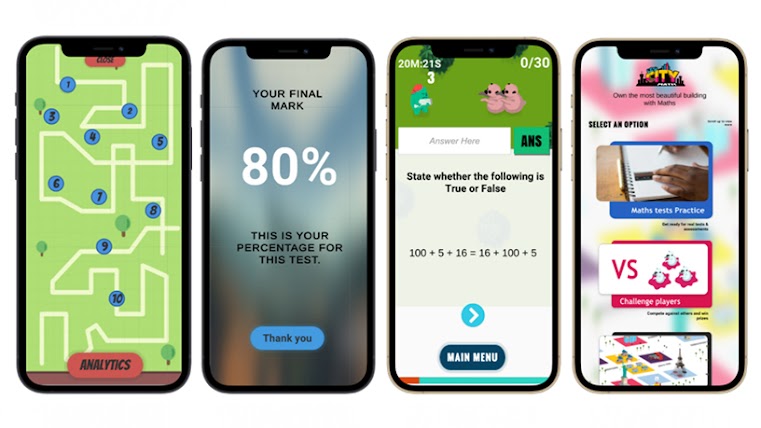 Calling learners to hone their math skills through a game app

Learners who want to improve their math skills are invited to participate in the second season of the Static City Maths Online Multiplayer Olympiad.

As part of the launch of Static City Maths, the first season of the Online Olympiad, accessible through the game app, was also introduced for learners to compete against each other and earn a reward each month.

According to a statement, the online tournament rewards a top performing player with R500 every month when they practice their math exercises and submit them to the online leaderboard.

“The second season of our Olympiad has begun and learners are encouraged to download the app, practice their math and submit their scores every month end,” says Static City Maths founder Arnaud Kim Chulu.

“Their scores go straight onto a leader board and on the first day of each following month we announce the winner and reward them with R500. We usually ask for detailed details via email to ensure the winner falls within the ratings covered by our evaluation questions.

“We wish they could help us create a better world and encourage the future generation instead of fooling our system. We will organize these competitions directly in the school to encourage learner participation.”

The math skills of South African learners have been openly criticized over the years, with education commentators calling for immediate interventions to improve the situation.

The 2019 International Trends in Mathematics and Science study, which assessed fifth and ninth grade students in public and independent schools, showed that South Africa continues to be among the worst performing countries in mathematics and science.

“In this world of instant gratification, we need to improve the way learners stay engaged in math and other modules. After all, good grades will get them paid well,” says Chulu.

He notes that the app’s content follows the South African curriculum, adding that everything was created and developed by local educators.

“With the support of organizations and the Department of Basic Education, we can easily begin to monitor the extent of improvement and impact we are creating over the months for learners using the app. “

Static City Maths is available on iOS and Android.